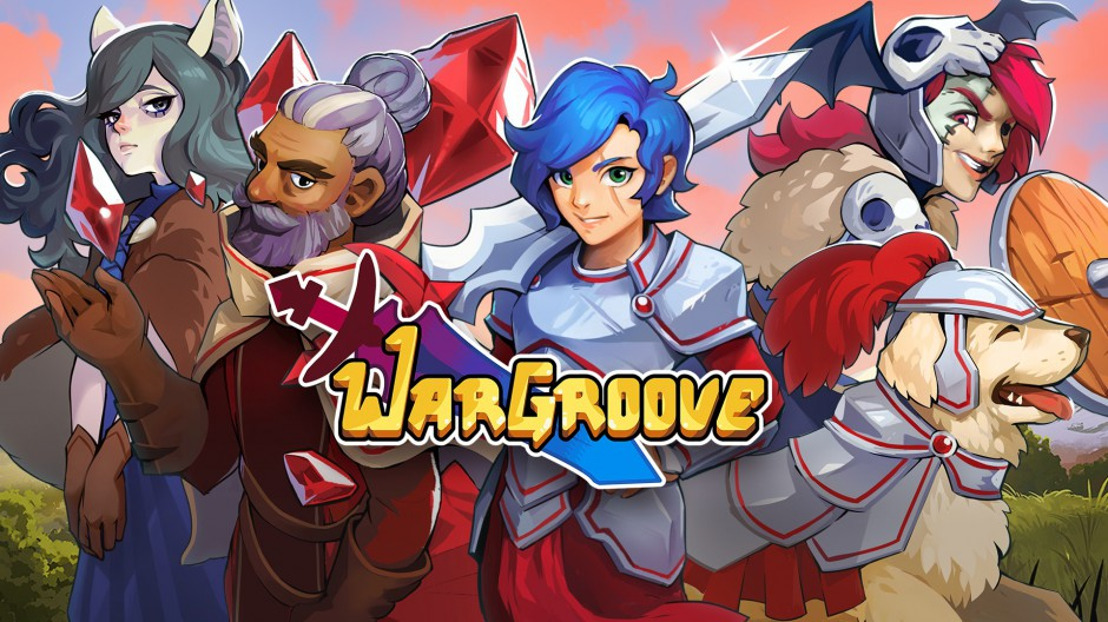 WarGroove is a turn-based strategy game where players will command an army and commander on a grid-like battlefield reminiscent of titles including Advance Wars, Into the Breach and Fire Emblem. What makes it stand out from the rest? Dog commanders!

There's a lot of promising and varied gameplay on offer, with 50+ hours of single-player content, the option to create your own maps and campaigns and 12+ commanders from four warring factions to play as. Each faction comes with their own distinct personalities and motivations. Here's an overview of what's available:

A peaceful place, where pastoral grasslands give way to lush meadows and cool, emerald forests. The armies of the Cherrystone Kingdom are recognisable by their shining steel armour, their cheerful battle cries, and their adorable armoured dogs.

The Heavensong Empire has many territories beyond the seas that circle the land of Aurania, but the heart of the empire beats within its shores. The members of its army each wear a golden animal mask that designates their role and discipline.

Splintered fjords and rimy forests. Broad, empty tundra and jagged snow-capped mountains. This is Felheim. The Felheim Legion, its vast undead army, is staffed by skeletons, spirits and other otherworldy ghouls.

No one knows for sure where the Floran came from - even the Floran themselves are more than a little hazy on the subject. The plant-like race are peaceable enough, when left to their own devices, as long as you leave their hunting grounds alone.

Turn-taking strategy games are in some ways similar to chess and in this case, your commander is one of your most integral units on the field whilst also being the most essential to protect - if they fall in battle the game ends. Fortunately, each commander is able to initiate a special move known as a 'groove' once a progress bar reaches 100%, allowing them to perform various abilities such as team healing or to produce new Allie units.

On January 25th, WarGroove also announced that it would be a multiplayer cross-platform title from the get-go for PC, Nintendo Switch and Xbox One from its release date February first