Establishing that I have a certain apprehension about horror games, Bendy and the Ink Machine has been on my radar for some time which is a testament to the appeal of the game. Available on itch.io before releasing on Steam in April 2017. Bendy and the Ink Machine is developed by the Meatly and Mike Mood, playing out in chapters which are released periodically. At this point, there are 3 chapters available and two remaining chapters will be made accessible in future instalments.

For me, the previously mentioned appeal of the game was largely thanks to the unique art design of the characters and backdrop of the game. Summoned by an old co-worker you return to the animation studio Joey Drew Studios after 30 years to find the place abandoned and in disrepair, the studio itself is immediately made apparent to have been the birthplace of the 1920's style Felix the Cat meets Micky Mouse love child - Bendy.

Bendy is a mischievous Devil, with an infallible grin. And Bendy likes to play games with you. As you progress through the first chapter, the above image will feel like it is positioned in every possible position throughout the offices to keep an ever watchful eye on you. Cutouts will appear suddenly and inexplicably to catch you off guard and later on certain cutouts - once destroyed - will reform as if untouched the moment you take your eyes off them.

Chapter 1 of Bendy and the Ink Machine toys around with your psyche and whilst this continues in some memorable moments within the following chapters, the danger creeps towards the physical. The first chapter is free, beyond that, you must pay to continue into chapters 2 & 3 - it's well worth playing through Chapter 1 to draw up some of your own conclusions. Try chapter 1 Bendy and the Ink Machine for yourself for free here 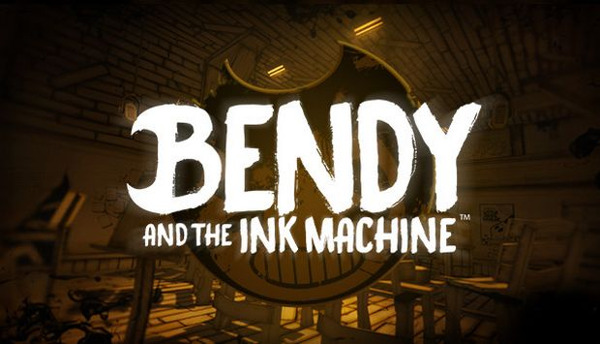