UPDATE: Blasphemous is now live on Backerkit, you have until August 17th to get involved here!

The Creators of Blasphemous The Game Kitchen, (who previously released The Last Door) have set out to create a fast paced action platformer where skilled combat combines with a deep and evocative narrative.

Within Blasphemous, you play as the Penitant one, the last survivor of a congregation known as The Silent Sorrow. The world you inhabit is the savage land of Orthodoxia, where religion is regarded with the utmost importance, the Age of Corruption has began. Much like Dark Souls & Bloodborne,  the enemies you face have been warped and twisted in ways that reinforce the themes within the game. To survive will require nuanced skill and to progress forward will ultimately lead you to confrontations with fierce boss battles with unsanctified foes.

The expected release date for Blasphemous is expected November 2018. 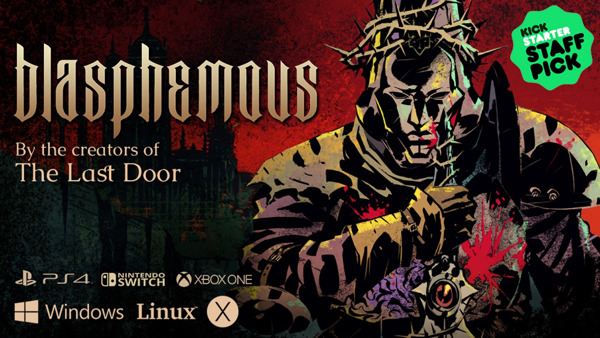