Whilst currently available through early access, my own experiences with the game have been at games events around London over the past year or so. Each time, the Aniode booth has been crowded with players, including a crowd behind them waiting for their own turn to fend of the recently turned.

Lining up nicely with the upcoming approach of London Games Festival, Nature's Zombie Apocalypse takes locations dotted around London including Trafalgar Square, Piccadilly Circus and Tower Bridge and of course adds giant animals including a bear who can't bare zombies, a Duck who is racking up a large ammunition bill and - to address the elephant in the room - a giant Elephant.

In an age where CO-OP multiplayer roughly translates to sitting alone and talking to your mates through the screen, NZA boasts 1-8 players local play & online and is planning on a console release. As mentioned earlier, this is where the game really shines - with a solid selection of power-ups, weapons and game modes available, this is a game that is built for friends who want a communal experience.

Nature's Zombie Apocalypse is certainly a game that will keep the crowds hungry for more action, and I am personally excited to see more of this in the upcoming year! 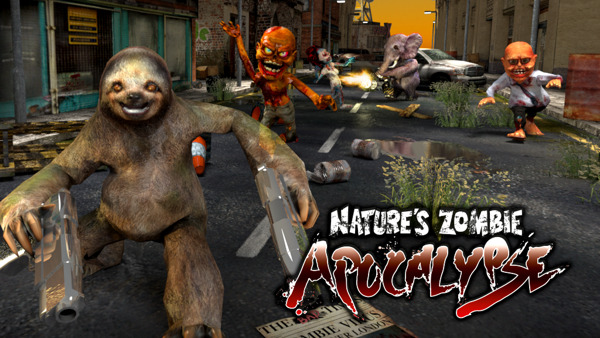