Jordan Scott, a 22-year-old developer based in Canada with 7 years prior experience is known for previously creating RWBY: Grimm Eclipse, which was based on the animated series RWBY. Jordan initially created RWBY: Grimm Eclipse as a creative project, before being contacted by game development studio Rooster Teeth after publishing his fan-made content live. During his time at Rooster Teeth, Jordan acted as designer, animator, visual effects artist and programmer whilst continuing to build on his RWBY title, Along with gaining valuable developer experience, Jordan also learned the importance of project scope, maintaining Arbiter's gameplay length to 5 hours to ensure he is able to see his project through to the end personally.

As with previous Picks, there is a familiar theme within Arbiter gameplay wise in which players are able to choose the order in which they decide to tackle areas. As opposed to interpretive narrative games where insight is gleaned through scenery and item description, Arbiter at its core is driven by narrative. Players will take on the role of Ashe, a young boy responsible for defeating spirits that plague the world with the aid of two spirits known as Dove and Raven. These spirits previously aided six generations of Arbiters who defeated and contained powerful spirits locked within themselves until the most recent Arbiter was killed by a spirit known as The Grey, releasing them back into the world. All hope is not lost, however, in his final moments, the dying Arbiter passed his abilities onto his apprentice Ashe, leaving a seemingly impossible task in the hands of his pupil. It will all of his skill to defeat the creatures ahead. 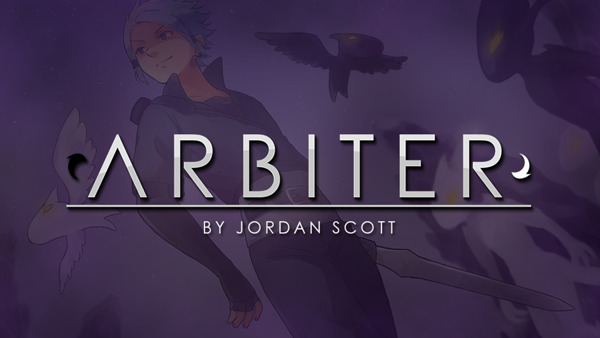