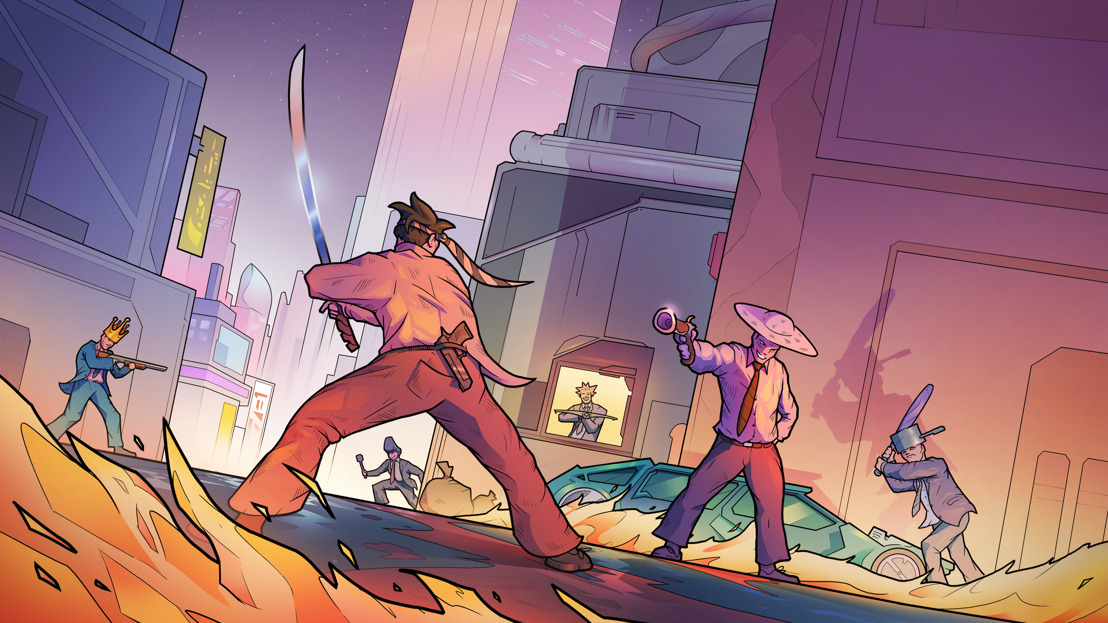 Created by Brimstone, this Early Access title (released 27th July) is aiming for an early 2019 release and Brimstone are currently working with its community to improve gameplay, though the initial reception overall has been overall positive.

What makes an indie title such as Banzai Royale stand out from the obvious genre competitors such as Fortnite, are the subtle changes to gameplay. The top-down camera perspective is reminiscent of Hotline Miami and allows players to navigate corners and briefly escape potential dangers, although unlike Hotline Miami, any areas out of the players' sight become blind spots where the enemy can surprise them from. The arena is itself much smaller (than Fortnite) and after a short amount of time a circular restriction zone forces players into close proximity of each other. This results in faster game rounds, where frustratingly dying 10 minutes into a game whilst encountering the first enemy that players locate isn't an option. Players also get an option to dodge roll through bullets, activating a small window of invulnerability, which will no doubt test reflexes whilst dancing through narrow hallways in an attempt to avoid certain death.

HUMOROUS COMBAT (死ぬな)
○ Out of ammo? Throw any weapon to deal damage
○ Dodge rolling past enemy attacks and give yourself a quick moment of invincibility
○ Track wounded enemies by following their blood trails

Do you have what it takes to survive a deadly Japanese game show? Find out here